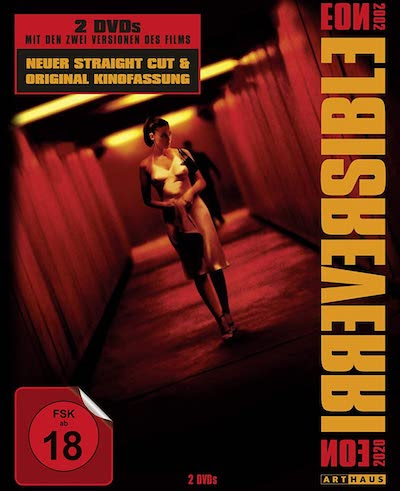 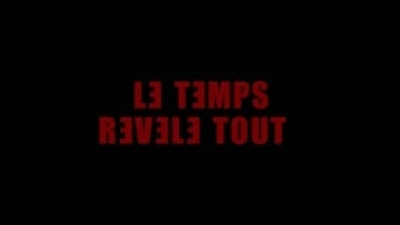 Gaspar Noé’s Irréversible is notorious for its real-time rape sequence, its brutal (CGI) fire extinguisher murder scene, and its reverse-chronology narrative structure (though the latter was heavily influenced by Memento). Irréversible (like most of Noé’s films) is sexually explicit and intentionally confrontational; to see it on its theatrical release in 2002, I had to drive to a cinema thirty miles away (as local cinemas wouldn’t screen it) and read a notice warning viewers that it contained disturbing images.

Last year, Noé recut the film, putting it into conventional chronological order. This new version was released on DVD and blu-ray in France and Germany by Studio Canal in 2020, and will be available on blu-ray in the UK from Indicator later this year.

The recut version is actually shorter than the original, losing almost ten minutes of footage, notably from the S&M club sequence: explicit shots of sexual activity both outside and inside the club have been removed. Another change occurs after the end credits: the caption “LE TEMPS DETRUIT TOUT” (‘time destroys everything’) has been replaced by a new, more optimistic maxim: “LE TEMPS RÉVÈLE TOUT” (‘time reveals everything’).
Categories: films
continued...