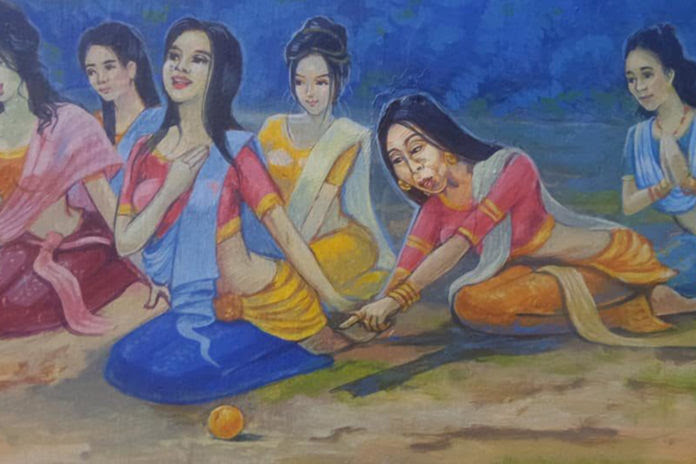 A temple in Uthai Thani province has been ordered to remove part of a mural from its walls, after it was deemed inappropriate. The mural at Wat Nong Tao depicts transgender celebrity Sitang Buathong pointing at an orange, in a reference to her claimed telekinetic ability to stop a rolling orange with the power of her mind.

According to the National Office of Buddhism provincial head, the mural should show Sitang gazing at the Buddha rather than a citrus fruit. Charanpat Kaewum, who painted the mural, has agreed to alter it.
Categories: censorship, Thailand
continued...