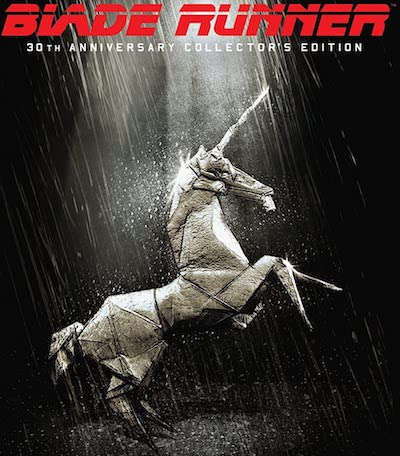 The Blade Runner 30th Anniversary Collector’s Edition blu-ray features five (yes, five) versions of the film: the original theatrical release (with the studio-imposed happy ending and narration), the international theatrical cut (with slightly more violence), the director’s cut (with the unicorn dream sequence), The Final Cut (with some CGI enhancement), and the workprint. (For an exhaustive comparison of the different versions, see Future Noir.)

The three-disc blu-ray set also includes the feature-length documentary Dangerous Days, a definitive guide to the making of the film. The set was originally released on DVD in 2007, and was rereleased on blu-ray in 2012 for the film’s 30th anniversary.