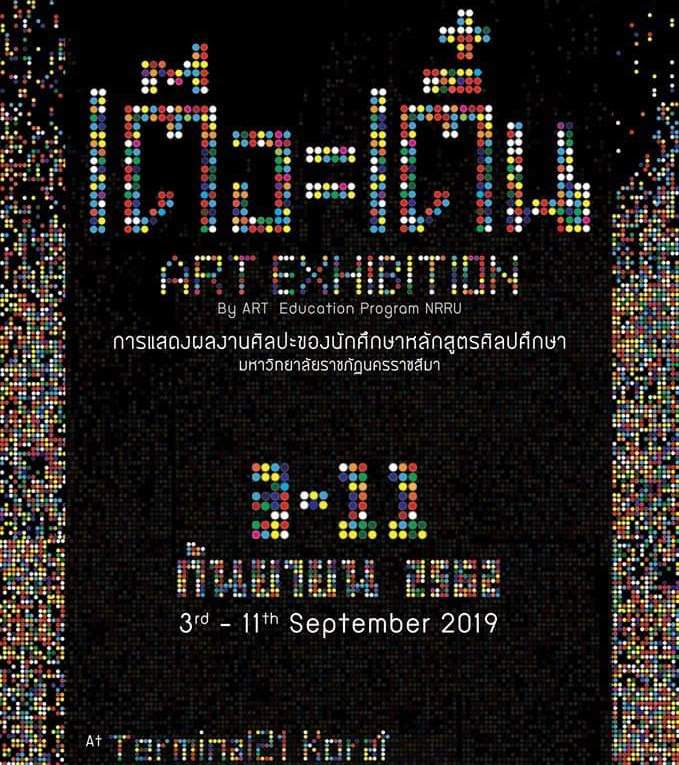 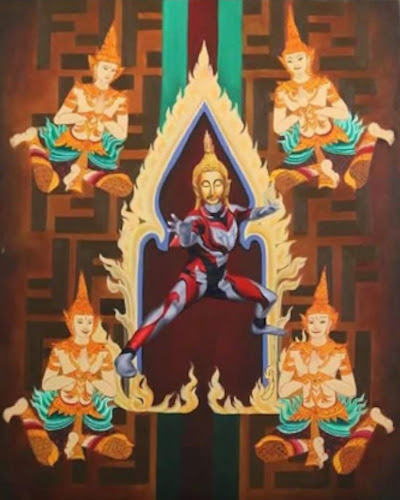 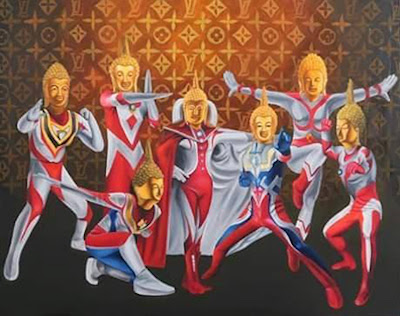 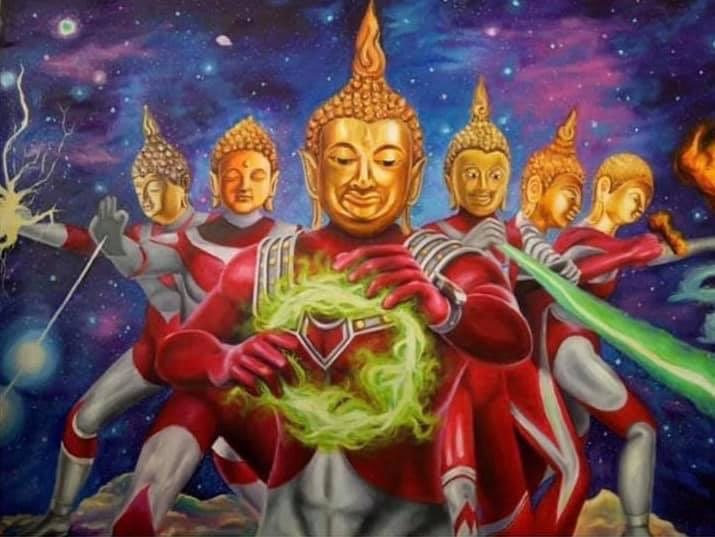 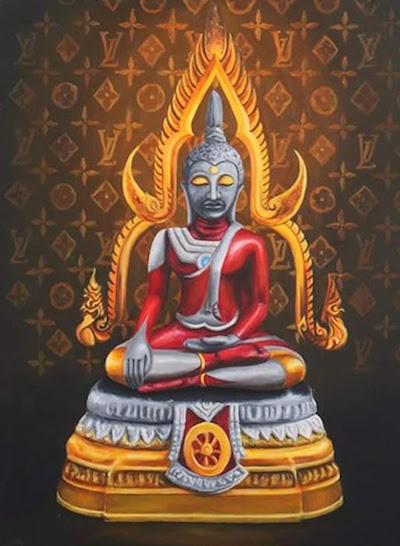 Paintings depicting the Buddha as Ultraman (พระพุทธรูปอุลตร้าแมน) have been removed from an exhibition in Nakhon Ratchasima. The works, part of a series titled Popularity, were put on display at the Terminal 21 shopping mall on 3rd September, though they were withdrawn following allegations of blasphemy. The exhibition, เต๊อ=เติ๋น (literal translation: ‘too much=terrace’), is scheduled to close on 11th September.

Far from being blasphemous, the paintings present the Buddha as a heroic figure for young Ultraman fans. Nevertheless, the student artist, Suparat Chaijangrid, was required to issue a tearful public apology at a Buddhist temple on 7th September. (This ritual, in which transgressors of social convention must repent and plead for forgiveness, is a regular media spectacle in Thailand.)

The case recalls that of Withit Sembutr’s painting of Buddhist monks from 2007, Doo Phra (ดูพระ), which was withdrawn from a Bangkok mall under similar circumstances. Depictions of the Buddha in Thai art are generally reverential and thus uncontroversial, though an exception was Vasan Sitthiket’s Buddha Returns to Bangkok (พระพุทธเจ้าเสด็จกรุงเทพ 2535), a response to the 1992 ‘Black May’ massacre. Vasan has also painted the Buddha shooting corrupt politicians with a machine gun.
Tags: art, censorship
continued...