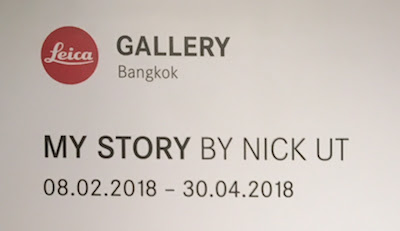 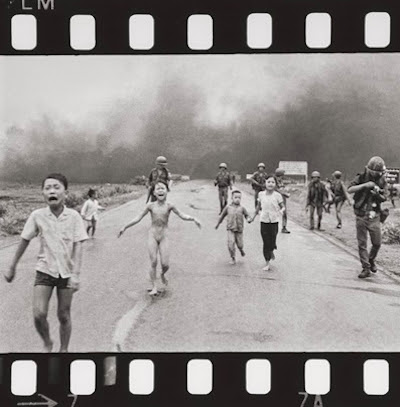 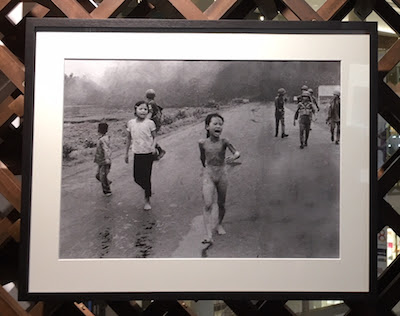 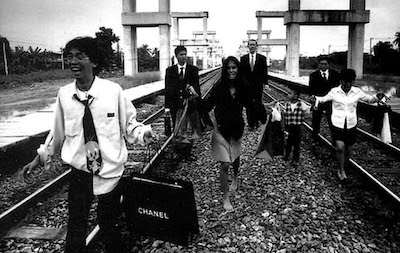 The Leica camera store at Gaysorn, a shopping mall in Bangkok, has opened a new photography gallery, and its inaugural exhibition is My Story. The exhibition features twenty-five Vietnam War images by photojournalist Nick Út, including his most famous work, The Terror of War, a photo of Kim Phúc, naked and screaming in pain after a napalm attack.

When The Terror of War was first published, on 9th June 1972, Phú personified the Vietnam War's thousands of civilian victims. Kevin Carter's photograph of a starving Sudanese child, and Nilufer Demir's picture of the Syrian refugee Alan Kurdi, are among the very few images with a similar impact. (Famously, Carter did not provide any assistance to the child he photographed, whereas Út took Phúc to hospital immediately after taking her picture.)

Út's photograph has been painted in blood by Kosit Juntaratip for his Allergic Realities exhibition, and photographer Manit Sriwanichpoom created a consumerist parody of it, This Bloodless War. My Story opened at the Leica Gallery on 8th February, and will close on 30th April. The exhibition is also being shown simultaneously in Singapore.
Categories: art, media
continued...