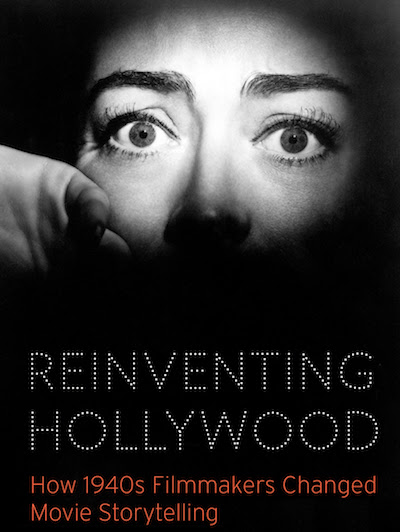 Bordwell identifies a variety of narrative experiments, including voice-over, flashbacks, alternate perspectives, and dream sequences (also discussed in a chapter of Film Noir: Light and Shadow), culminating in "Artifice in Excelsis", a chapter on self-reflexive cinema. There is one auteurist chapter, on Alfred Hitchcock and Orson Welles ("The Lessons of the Masters"), though Bordwell finds innovation in an impressive range of films, not only the established canon.

Reinventing Hollywood is concerned with how cinematic stories are told, rather than what they look like, though stylistic analysis can be found in Film Art: An Introduction (by Bordwell and Kristin Thompson) and The Classical Hollywood Cinema: Film Style and Mode of Production to 1960 (by Bordwell, Thompson, and Janet Staiger). Boom and Bust: American Cinema in the 1940s, edited by Thomas Schatz, covers the changes in the film industry during that decade.
Categories: books
continued...