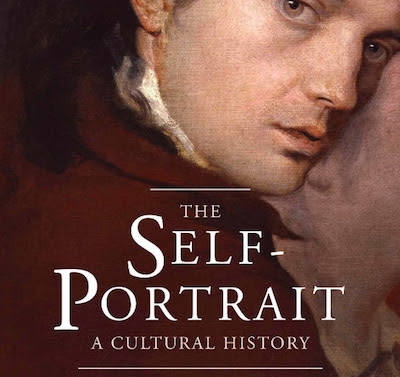 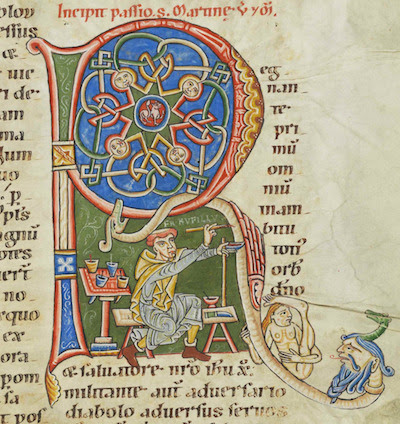 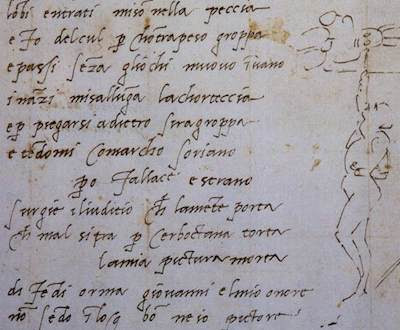 The Self-Portrait: A Cultural History, by James Hall, analyses the evolution of the self-portrait over the past millennium. As Hall writes in his introduction, "This is the first history of self-portraiture to celebrate - unapologetically - the Middle Ages." He cites a fascinating example of a miniature self-portrait, signed Rufillus, appearing within the initial letter 'R' of a medieval illuminated manuscript. (Christopher de Hamel describes a similar example, by Hugo Pictor, in Meetings With Remarkable Manuscripts.)

It's an impressively wide-ranging survey, from canonical masterpieces like Las Meninas ("the most ambitious statement about the status of easel painting that had been made") to divisive artists such as the Viennese Actionists ("deliberately shocking and shamanistic, involving a Dionysian disembowelling of animals, immersion in blood and entrails, and self-mutilation"). The book also includes "the first ever caricatural self-portrait," a sketch by Michelangelo in which the artist depicts himself painting the Sistine Chapel fresco.

There have been surprisingly few histories of self-portraiture, and most were written in the past decade. The most comprehensive is the lavishly illustrated Artists' Self-Portraits, by Omar Calabrese, which is thematically organised in contrast to Hall's chronological structure.
Tags: books
continued...