Ends Of The Earth 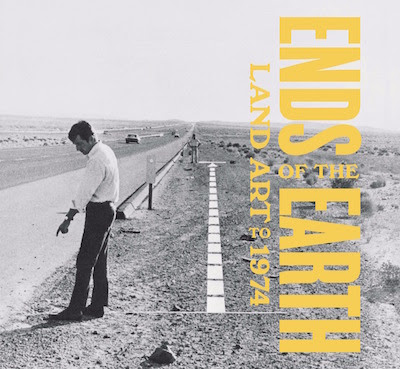 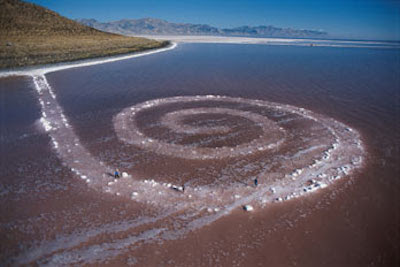 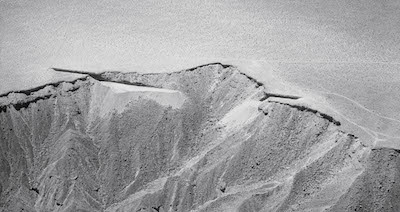 Ends Of The Earth: Land Art To 1974 was "the first large-scale museum exhibition of Land Art" and "the most comprehensive survey of Land Art to date." The exhibition, curated by Philipp Kaiser and Miwon Kwon, was held in San Francisco in 2012, and its catalogue was edited by Michelle Piranio.

The catalogue includes essays by Virginia Dwan and Willoughby Chase, who organised the first Land Art exhibitions: Earthworks (1968) and Earth Art (1969), respectively. It also features an interview with Germano Celant, author of Art Povera (1969). A detailed chronology covers Land Art from 1933 to 1974, followed by an extensive bibliography. Illustrations include sketches, notes, and magazine articles, in addition to photographs of Land Art.

Robert Smithson's Spiral Jetty (1970) is perhaps the most famous example of Land Art, and Smithson is one of the movement's pioneers: "Walter De Maria, Michael Heizer, Charles Ross, Robert Smithson: These are the high priests of Land Art". De Maria and Heizer "chose not to participate" in the exhibition, though photographs of their work - including "arguably the most iconic piece of Land Art," Heizner's Double Negative (1969) - are featured in the catalogue.

Jeffrey Kastner's Land & Environmental Art (1998) is an equally comprehensive study of Land Art. It includes reprints of seminal essays such as Notes Toward An Understanding Of Earth Art (Willoughby Sharp, 1969), A Sediment Of The Mind: Earth Projects (Robert Smithson, 1968), and The Spiral Jetty (Robert Smithson, 1970).
Tags: art, books
continued...