Art Of The Royal Court 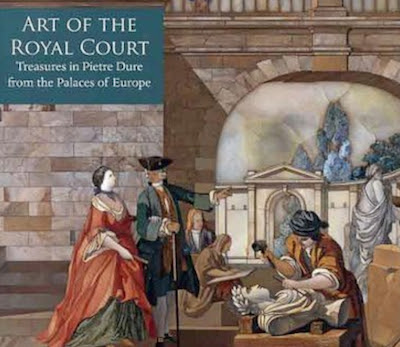 Art Of The Royal Court: Treasures In Pietre Dure From The Palaces Of Europe, curated by Wolfram Koeppe, Ian Wardropper, and Annamaria Giusti, was "the most comprehensive presentation ever dedicated to the subject of pietre dure", bringing together almost 150 objects from Italy and other European countries. The exhibition, at New York's Metropolitan Museum in 2008, was accompanied by a catalogue edited by Koeppe. Giusti, who co-wrote the catalogue, is the author of the only other English-language studies of pietre dure (published in 1992 and 2006).

The catalogue's first 100 pages consist of eight essays on the history of pietre dure, followed by more than 300 pages of plates and detailed accounts of each item in the exhibition. The exhibits include decorative objects and pieces of furniture, notably the Farnese Table (decorated by Giovanni Mynardo, circa 1565-1573), described as "one of the most superbly executed and evocative pietre dure objects in existence".
Tags: art, books
continued...