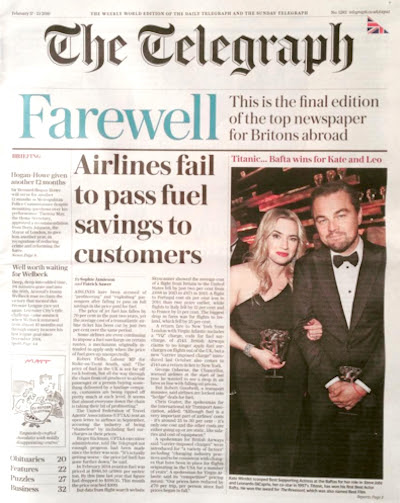 This week's issue of The Telegraph is the final edition of the weekly version of The Daily Telegraph and The Sunday Telegraph. The conservative tabloid newspaper was established in 1998 as The Weekly Telegraph; its title dropped the definite article in 2005, and it became The Telegraph in 2011.

Of course, the closure of The Telegraph is another example of the recent decline in print journalism. Next month, two British national newspapers - The Independent and The Independent On Sunday - will also cease print publication. The Telegraph's liberal competitor The Guardian Weekly, founded in 1919, is now the only weekly British newspaper for an international audience.