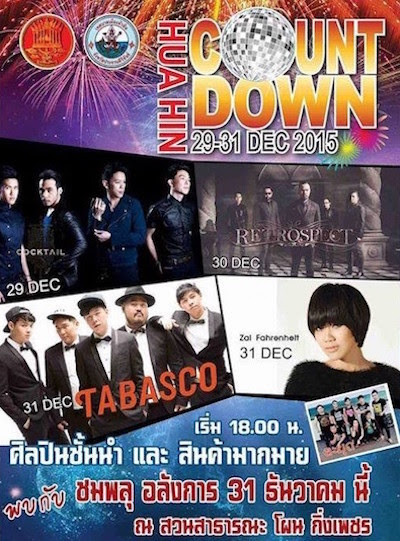 Hua Hin, a seaside town south of Bangkok, is holding a new year's eve countdown tonight. However, one of the posters advertising the event used a mirrorball to replace the 'O', thus inviting people to a "C UNTDOWN".