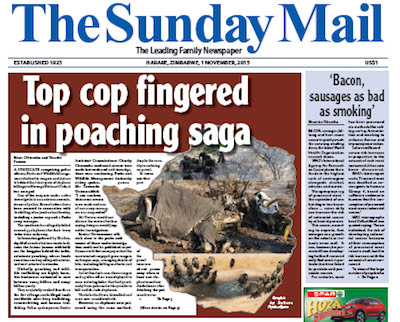 The article, written by Chitemba and Farawo, claimed that an assistant police commissioner was among several officials involved in elephant-poaching at Hwange National Park. The report has not been deleted from the newspaper's website. The three journalists are due to appear in court today.