The History Of Tattooing 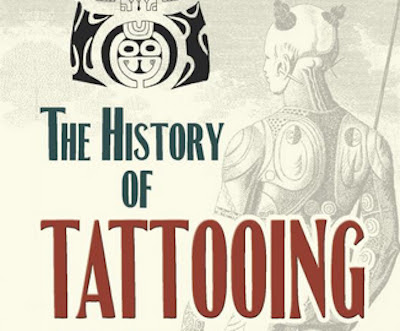 The History Of Tattooing & Its Significance, by Wilfrid Dyson Hambly, was originally published in 1925. The first English-language survey of tattooing across all regions, it was essentially a compendium of anthropological material in the dubious tradition of The Golden Bough, focusing on the "magico-religious" (spiritual and ritualistic) meanings of tribal tattoos. The book was reissued in 2009 as The History Of Tattooing, with an additional twenty-two pages of illustrations from the same period as its first publication.

'Tattoo', derived from a Polynesian word, was first popularised by James Cook, and Hambly quotes Cook on the proliferation of tattooing: "The universality of tattooing is a curious subject for speculation." Contemporary interest in tattooing as a sub-culture arguably began with the excellent Re/Search book Modern Primitives, edited by Andrea Juno and V Vale. The World Of Tattoo, by Maarten Hesselt van Dinter, is the most comprehensive tattoo history. Also, Decorated Skin (originally published in German as Geschmuckte Haut), edited by Karl Groning, is a well-illustrated guide to tattooing and other forms of body art.
Tags: books
continued...