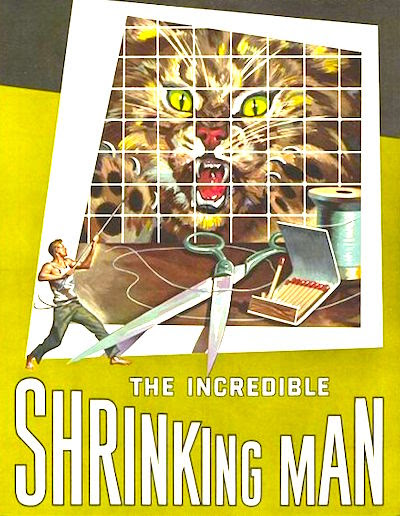 Bangkok's Jam Cafe is hosting a Resizing season this month, as part of its regular Cult Movie Night event. The season features films in which characters change size, including the most famous example, The Incredible Shrinking Man. This existential exploitation film, directed by Jack Arnold, will be screened on 8th July.

The Incredible Shrinking Man is Jack Arnold's greatest film, a pulp masterpiece and a science-fiction classic. Arnold made a handful of other sci-fi films in the 1950s, including Creature From The Black Lagoon, Tarantula, and It Came From Outer Space. He also directed The Mouse That Roared, in which Peter Sellers played three different characters (as he would a few years later, in Kubrick's Dr Strangelove).