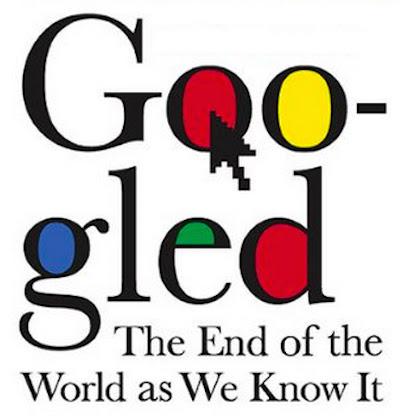 "The world has been Googled." Ken Auletta begins his analysis of Google and its influence with a long list of the company's operations: "Google's software initiatives encroach on every media industry, from telephone to television to advertising to newspapers to magazines to book publishers to Hollywood studios to digital companies like Microsoft, Amazon, Apple, or eBay." Aueletta's book, Googled: The End Of The World As We Know It, was published in 2009, before other profiles of web companies such as The Everything Store (Amazon), The Facebook Effect, and Hatching Twitter. (The 2010 paperback edition includes a new afterword.)

Far more than a search engine, Google is arguably a more powerful software company than Microsoft. Auletta interviewed co-founders Sergey Brin and Larry Page, though they took some persuading: "After months of my kicking at the door, they opened it." And Auletta remains ambivalent about the company's ultimate impact: "I came away from two and a half years of reporting on Google believing that its leaders genuinely want to make the world a better place. But they are in business to make money. Making money is not a dirty goal; nor is it a philanthropic activity. Any company with Google's power needs to be scrutinized."
Categories: book reviews
continued...