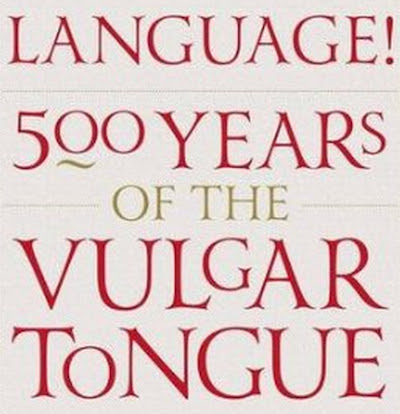 Language!: 500 Years Of The Vulgar Tongue is a history of slang written by Jonathon Green. The book is organised thematically, with chapters on slang topics (crime, sex, and sport), the development of slang in Anglophone territories (Australia and America), and the slang subsets of various minorities and subcultures (Cockney, teenage, gay, and African-American). As Green writes in his preface, the book tells "the story of the language, its development and proliferation".

For its American edition, Language! has been retitled The Vulgar Tongue: Green's History Of Slang. Green's previous books include The Encyclopedia Of Censorship, All Dressed Up, Getting Off At Gateshead, and Slang Down The Ages (which, like Language!, charts the development of slang's major themes, though with less historical context). His essay on the adjective 'cuntal' appeared in the journal SEx [sic], and he has contributed to various TV documentaries including Without Walls: Expletives Deleted.
Tags: books
continued...