Behind The Scenes At The BBFC 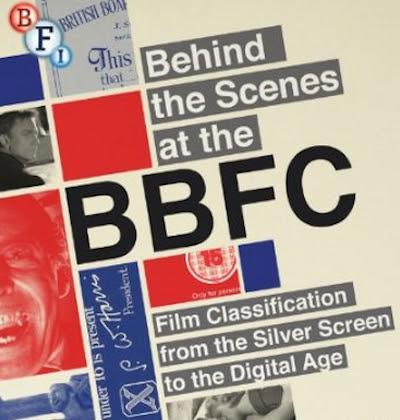 Behind The Scenes At The BBFC: Film Classification From The Silver Screen To The Digital Age, edited by Edward Lamberti, is a history of the British Board of Film Classification (formerly the British Board of Film Censors), published a hundred years after the BBFC was founded in 1912. Despite its somewhat cliched title, this is a rigorous and academic history of a century of British film censorship.

Each of the book's eleven essays examines a different period of the BBFC's history, beginning with Simon Brown's meticulous account of the Board's formation and its regulation of silent films. The 1930s and 1940s are covered by Robert James, though Jeffrey Richards, who specialises in the social history of British cinema, has written about this period elsewhere. Steve Chibnall, author of Quota Quickies, discusses 1950s censorship. Tracy Hargreaves deals with the permissive 1960s, and the BBFC's libertarian censor, John Trevelyan. The 1970s are split into two essays: Stevie Simkin explores the wave of sexually violent films such as A Clockwork Orange; and Guy Osborn and Alex Sinclair examine the role of the BBFC's most influential censor, James Ferman.

In contrast, the final three essays - Julian Petley's summary of 1990s censorship, and accounts by former and current BBFC heads Robin Duvall and David Cooke - are outstanding. Petley, who has written elsewhere about contemporary film censorship and the moral panic surrounding Child's Play III, discusses the classifications of "Carmaggedon" [sic] and Crash. Duvall's chapter, The Last Days Of The Board, takes its title from a television documentary which covered the retirement of James Ferman. Cooke examines the issue of arthouse hardcore films such as Nine Songs, Destricted, and Inside Deep Throat.

The book concludes with a short section on the BBFC's role in classifying online content, and there are also profiles of controversial films including Battleship Potemkin, A Clockwork Orange, Ichi The Killer, and Nine Songs. Mark Kermode contributes a brief foreword, though he does not discuss the censorship of The Exorcist (which he has written about elsewhere, in a BFI Classics book and a Video Watchdog article).

This is not the first study of the BBFC's history. Censored, by Tom Dewe Mathews, also explores the history of the BBFC and British film censorship in considerable detail, and there have been several documentaries on the BBFC: BBC2's Empire Of The Censors from 1995, Channel 4's The Last Days Of The Board from 1999, and BBC4's Dear Censor... from 2011.
Categories: book reviews, censorship
continued...