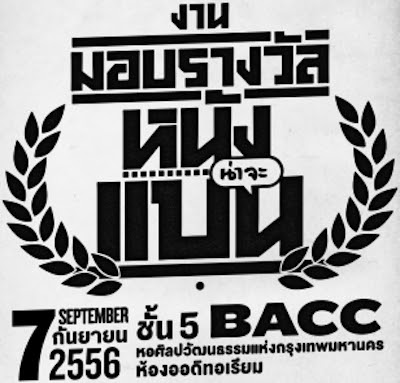 งานมอบรางวัลหนังน่าจะแบน, a mini film festival showcasing films that test the limits of Thai censorship, was held today at BACC. The organisers invited directors to submit provocative and controversial films, to be judged not only on merit but also on their likelihood of being banned.

The competition was organised to highlight the continuing problem of film censorship in Thailand, after the banning of recent Thai films Shakespeare Must Die, Insects In The Backyard, and This Area Is Under Quarantine. A similar event, the Freedom On Film seminar, was held at BACC in June.
Tags: censorship, films
continued...