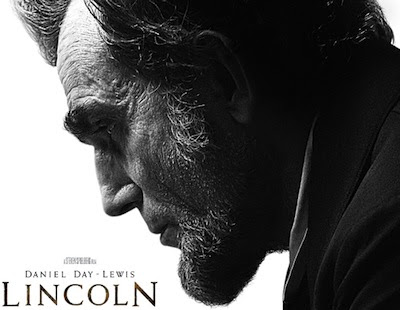 Lincoln, directed by Steven Spielberg, portrays Abraham Lincoln's campaign, in the last few months of his life, to pass the thirteenth amendment to the US constitution. The amendment, which outlawed slavery, was passed shortly after the end of the American Civil War, in 1865.

This is Spielberg's second film dealing with slavery, the first being Amistad, in which former president John Quincy Adams defended rebellious slaves in court. Lincoln is also essentially a courtroom drama, with the court replaced by the House of Representatives. As in Amistad, the emphasis is on legal arguments by politicians rather than the lives of the slaves themselves.

Lincoln was not the only slave-related film released last year: Quentin Tarantino's Django Unchained is the antithesis of Lincoln. Lincoln is a self-consciously worthy period drama, the type of 'prestige film' released by studios eager for Oscars. Django, on the other hand, is a revisionist exploitation film, with gleeful provocation in place of earnest historical realism.
Categories: films
continued...