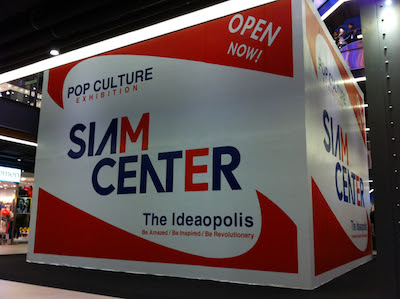 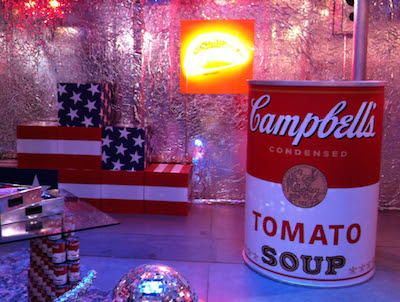 Pop Culture Exhibition, a celebration of Pop Art, opened in The Ideaopolis, part of the newly renovated Siam Center mall in Bangkok last Friday. It will close on 3rd March. A handful of artworks by Warhol and Roy Lichtenstein are included, notably Warhol's screenprints of Marilyn and Mao.

This small, kitsch exhibition focuses on the icons (or cliches) of American Pop, including an oversized replica of a Campbell's soup can; the exhibition itself is held inside a two-story Brillo box replica. British Pop pioneers, such as Richard Hamilton, Eduardo Paolozzi, and Peter Blake, are not represented (though Hamilton and Blake are at least name-checked).
Tags: art
continued...