The End Of Fun 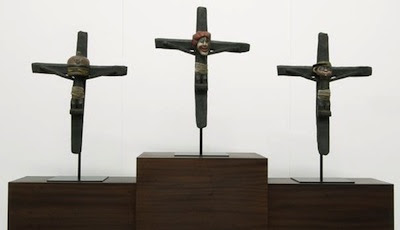 Russian prosecutors are investigating one of the world's most prestigious museums, the Hermitage in St Petersberg. The museum is currently hosting The End Of Fun, an exhibition by Jake and Dinos Chapman, which opened on 20th October.

The exhibition includes the bronze sculpture Unholy McTrinity, which features a crucified Ronald McDonald. Police apparently received complaints from visitors accusing the artists of blasphemy. The show's centrepiece is a recreation of the Chapman's installation Hell, which was destroyed by a fire in 2004.