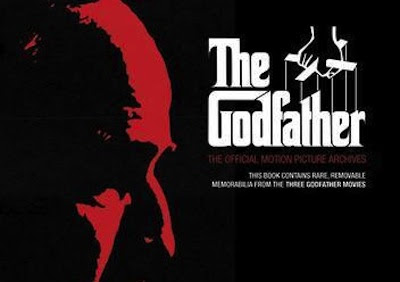 The Godfather: The Official Motion Picture Archives, by Peter Cowie, examines the making of Francis Ford Coppola's film The Godfather. It's less than 100 pages long, though it includes removable facsimiles of various documents related to the film's production and marketing. (Hitchcock: Piece By Piece, published last year, had a similar format.)

The book's chapters are too superficial. Fortunately, the detachable documents, including brochures and posters, are more impressive than the text. Cowie's earlier account, The Godfather Book, is a more in-depth study of the film, and The Annotated Godfather is also more substantial. (Unlike those two earlier works, this new book contains no contribution from Coppola.)