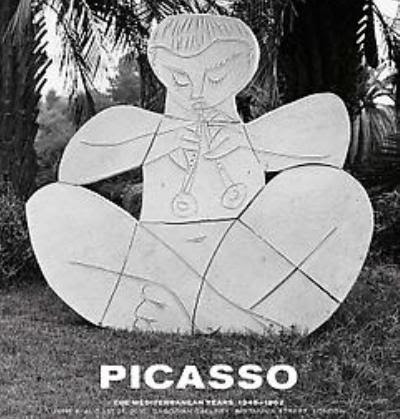 Picasso: The Mediterranean Years 1945-1962, curated by John Richardson at the Gagosian Gallery (London), is a major exhibition of the paintings, sculptures, and ceramics Pablo Picasso produced in France after World War II. Picasso moved from Paris to Vallauris in 1945, and lived there with Francoise Gilot and their children until 1953. After their separation, he married Jacqueline Roque and lived with her in Cannes; they remained together until the artist's death in 1973.

Peace in Europe, the Mediterranean climate, the births of two children, and the influences of his young muses Francoise and Jacqueline all contributed to the vibrant, passionate nature of the works Picasso produced in this period. The exhibition includes some previously unseen family pieces, such as miniature origami figures, alongside large, familiar sculptures and portraits.

Although Picasso's most influential works (such as his Cubist masterpiece Les Demoiselles d'Avignon) were made decades earlier, he was incredibly prolific and innovative throughout his life; it's hard to imagine that he was in his 80s when he produced many of the pieces in this exhibition. The Mediterranean Years opened on 4th June and will close tomorrow.
Categories: art exhibitions
continued...