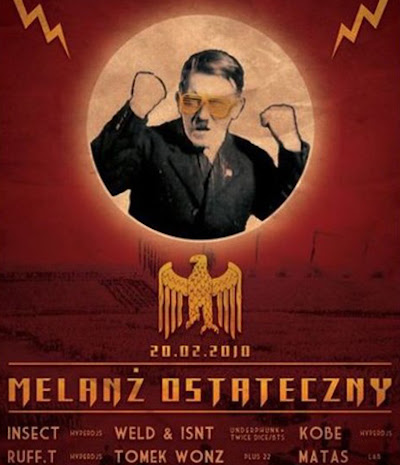 Prosecutors in Poland are considering bringing charges against the Sklot nightclub in Warsaw, after it distributed flyers depicting Adolf Hitler. The Hitler drawing was being used to promote a club night, Melanz Ostateczny, which will take place on 20th February, though images glorifying Nazism are illegal in Poland.

(Last year, Ottmar Horl was threatened with prosecution in Germany, when his Nazi gnome was shown in Nuremberg. However, he was not prosecuted, and he subsequently displayed 1,200 Nazi gnomes in Straubing.)
Tags: censorship, media
continued...