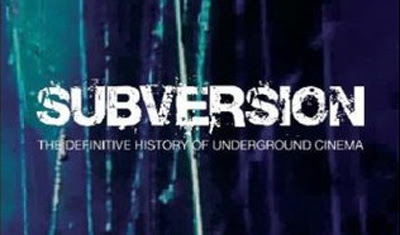 Subversion, by Duncan Reekie, is the first book to explore not only avant-garde art cinema and filmmaking collectives but the entire history of underground films, from the 1920s onwards. The book is a strange combination of dry theoretical discussion and personal polemic.

Amos Vogel's Film As A Subversive Art, with its frame-enlargements from hundreds of obscure films, remains an essential study of underground cinema. Subversion does not quite live up to its subtitle (The Definitive History Of Underground Cinema), but it does provide an opportunity to consider underground films within their historical contexts.
Tags: books
continued...