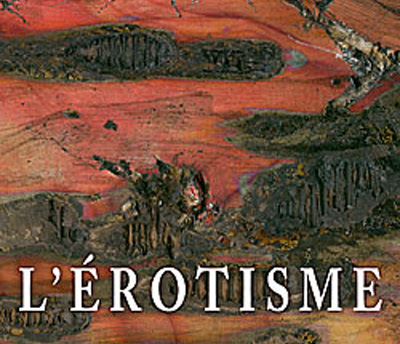 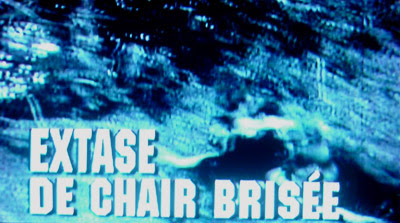 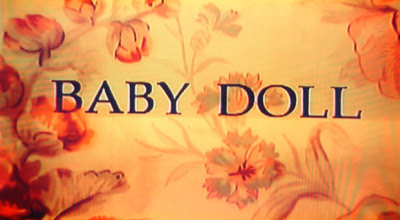 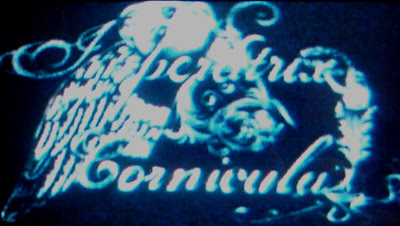 L'Erotisme is an anthology of eleven underground films, inspired by Georges Bataille's excellent book Eroticism, a study of sex and death as cultural taboos:

Maldoror: A Pact With Prostitution
(a man meets a prostitute in a cemetery, and kills a grotesque glow-worm [!] with a rock; directed by Nate Archer and Micki Pellerano)

Ass
(as a woman fingers herself, the red-tinted film intercuts rapidly between her face and her buttocks; directed by Usama Alshaibi)

La Fin De Notre Amour
(an artist and an unidentified woman cut themselves with razors and surgical instruments; directed by Helene Cattet and Bruno Forzani)

Extase De Chair Brisee
(a rape-revenge story: a woman kills two masked men with a drill, after they molest her in a park; directed by Pierre-Luc Vaillancourt and Frederick Maheaux)

Baby Doll
(a doll is tied up and fondled, in a bondage fantasy; directed by Serge de Cotret)

The Loneliest Little Boy In The World
(a pig's head is licked and worshipped by a nude woman; directed by Mike Dereniewski)

Imperatrix Cornicula
(a woman rubbing herself with feathers, and birds gathering in the sky; directed by Jerome Bertrand)

Almost all of these short films are silent, except for Ritualis (which features slowed-down incantations as dialogue, though would be more effective as a silent film). Maldoror even adds mock-Victorian inter-titles, to add to the silent film aesthetic.

Maldoror's occult symbols evoke Kenneth Anger's treatment of magick, and the film's decaying, abject glow-worm could be a refugee from David Lynch's Eraserhead. It's one of the best films in the anthology.

Another highlight is KI, the only film to cross the borderline into hardcore imagery. Its intentionally degraded and washed-out images resemble Peggy Ahwesh's The Color Of Love, another porn/sex scene rendered semi-abstract by degraded film-stock, though KI is less confrontational than Ahwesh's uncomfortable film.

I also like La Fin De Notre Amour very much. It's filmed as a series of static images (like La Jetee), and, though it's perhaps a bit too stylised (tinted red and blue), it is certainly disturbing.

In my opinion, the weakest films are Ritualis (cliched, verging on self-parody) and, especially, Extase De Chair Brisee. This latter film is like a cross between I Spit On Your Grave and The Driller Killer - in other words, it's an exercise in gratuitous exploitation; the unconvincing acting, costumes, and make-up remove any sense of empathy or engagement, and the camerawork is frequently out of focus.
Tags: films
continued...