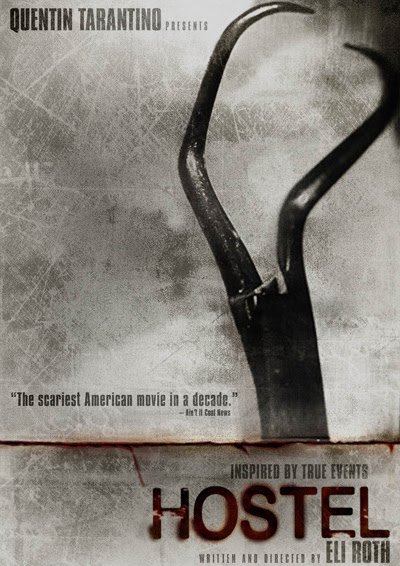 Hostel begins with a group of three male backpackers, who are told about an Eastern European hostel full of attractive women. When they arrive at the hostel, they do indeed meet three ladies, though what they don't realise until far too late is that they have been drawn into a honeytrap. The women are prostitutes, hired by a Russian company called Elite Hunting, who bring the men to a derelict factory where they are to be tortured and killed by the company's paying clients. (Elite Hunting was supposedly inspired by a Thai organisation whose website Roth saw.)

The torture scenes are dank, dark, and hard to watch the first time. (I saw the unrated edition, which is slightly longer than the theatrical version.) During subsequent viewings I always have to look away when Josh's ankles split open. Jan Vlasak, who plays a Dutch businessman who uses Elite Hunting's services, gives a chilling, casually sadistic performance.
Categories: films
continued...