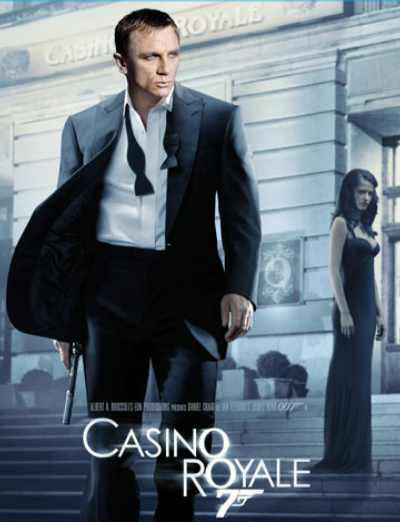 Casino Royale was the first of Ian Fleming's James Bond novels, though the film rights to it had always eluded Cubby Broccoli, who produced films based on all of Fleming's subsequent Bond books. A film of Casino Royale was made in 1967, though it was a spoof version featuring a huge, chaotic ensemble of directors, writers, and stars. When the rights finally passed to Broccoli's company, a canonical version could finally be made, directed by Martin Campbell.

Campbell had previously directed Pierce Brosnan as an ultra-suave Bond in GoldenEye. Brosnan's replacement, Daniel Craig, is more reminiscent of Die Hard's John McClain than the traditional James Bond character. (Does he want his Martini shaken or stirred? "Do I look like I give a damn?" is his iconoclastic answer.)
Categories: films
continued...