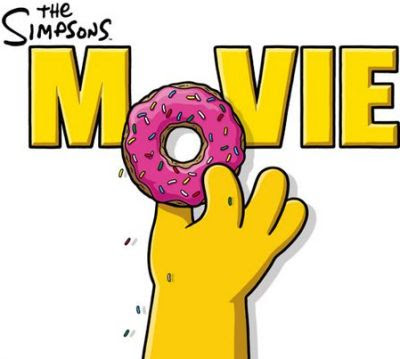 I've seen every episode of The Simpsons, and was eagerly awaiting The Simpsons Movie (directed by David Silverman). In pre-production for over a decade, they kept telling us; the script tweaked right up to the last minute, to make absolutely every line as funny as possible; a creative team composed of the very best writer-producers from the show's entire history.

OK, so we should know better than to believe all the publicity, but the build-up The Simpsons Movie had led us to expect a comedy masterpiece on a par with the greatest Simspons TV episodes. Well, it's entertaining and funny, but not quite laugh-out-loud funny. There are a few great jokes, such as the Fox ticker and Bart's "doodle", but overall the result is average rather than awesome.
Categories: films
continued...