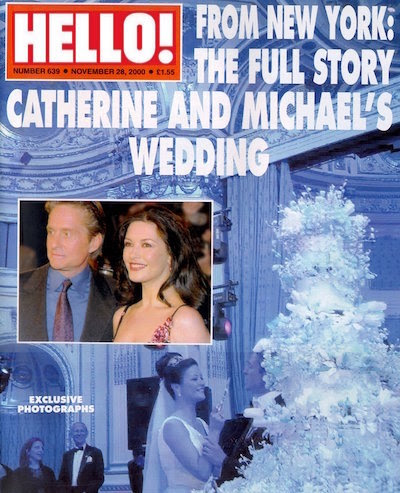 OK! magazine has partially won its appeal against rival Hello! magazine over publication of the wedding photographs of Michael Douglas and Catherine Zeta Jones. The long-running case dates from the couple's marriage seven years ago, when they signed an exclusive deal with OK! for pictures of the wedding ceremony. Hello! magazine published unauthorised photos of the wedding (on 28th November 2000), resulting in a breach-of-confidentiality lawsuit.

OK! was awarded damages by the High Court in 2003, though the verdict was overturned by the Court of Appeal in 2005. OK! appealed that decision to the House of Lords, which ruled today that Hello! had breached OK!'s confidentiality by publishing the surreptitious photographs, though the Lords did not find that Hello!'s actions had been commercially damaging.