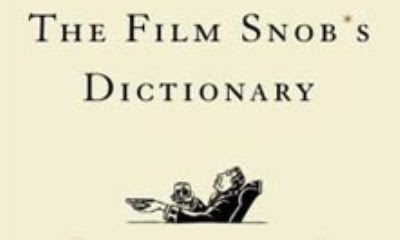 This little book (titled The Film Snob*s Dictionary, written with an asterisk instead of an apostrophe) is a crib-sheet for wannabe cineastes. But, while you could flick through this book and gain a basic knowledge of cult cinema, it's always better to actually watch the films themselves.

The entries (by David Kamp and Lawrence Levi) are all slightly critical: mainstream films are derided as populist, and intellectual films are derided as elitist. It seems that there's an agenda to everything, with passion for cinema replaced by reservation and sometimes cynicism. The list of differences between 'films' and 'movies' is very funny, though.
Categories: books
continued...