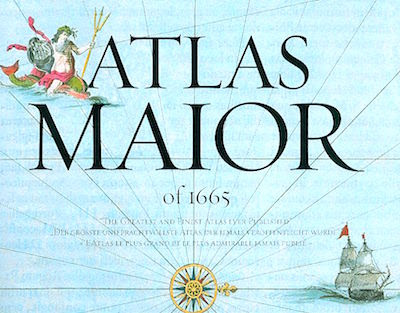 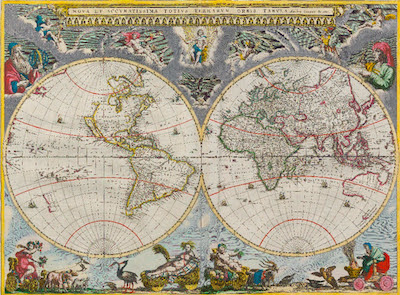 Joan Blaeu's Atlas Maior, published in 1662, was described by Lloyd A Brown in The Story Of Maps as "in many respects the most beautiful geographical work ever published". It contained around 600 map plates, in multiple volumes, making it the most extensive world atlas ever produced. (Even today's most comprehensive atlases, such as The Times Atlas Of The World, contain fewer than 200 plates.)

Taschen has reprinted the 1665 Latin edition of the Atlas Maior, combining the original eleven volumes into a single folio (titled Atlas Maior Of 1665: The Greatest & Finest Atlas Ever Published). Blaeu's ornate Baroque engravings are beautifully reproduced, and introduced by Peter van der Krogt. He contributed to The History Of Cartography: Cartography In The European Renaissance Part II, which describes the Atlas Maior as "a fiercely coveted status symbol among wealthy patricians" - an extravagant collector's item, now available in a more accessible form thanks to Taschen's lavish reprint.
Categories: books
continued...