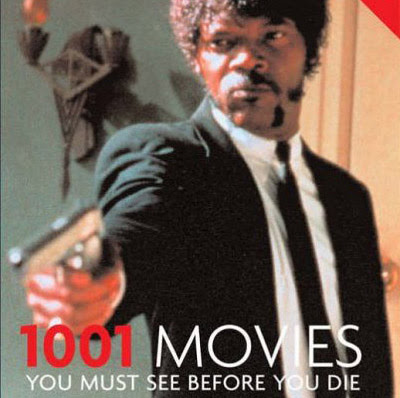 1001 Movies You Must See Before You Die, edited by Steven Jay Schneider, is a collaboration between some of the most respected international film critics (including Kim Newman, Geoff Andrew, and Jonathan Rosenbaum), and it represents an outstanding canon of significant films. It was first published in 2003 (with Psycho on the cover). It was reprinted in 2004 (with the same cover), with only two changes: The Barbarian Invasions and Kill Bill I were added, and Adaptation and Far From Heaven were removed.

The new 2005 edition still has 1001 films, thus the new additions have resulted in an equal number of deletions. A handful of (mostly recent) films have been replaced, including, unfortunately, Eyes Wide Shut and Tetsuo. The new entries are all recent, too, including Hero, Oldboy, The Passion Of The Christ, and The Lord Of The Rings.