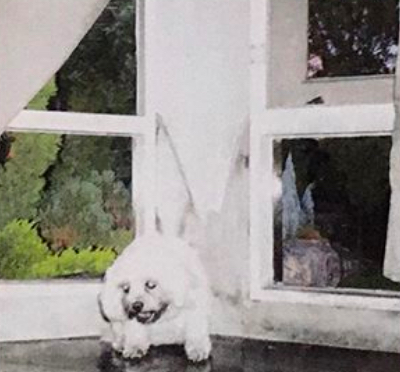 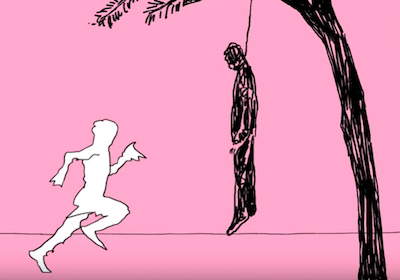 Dog of God is the debut EP by Thai band Dogwhine, and is available on CD from the Ageha café in Bangkok. The EP includes a couple of overtly political tracks: Leader is a dig at unelected Prime Minister Prayut Chan-o-cha (“Leader must come from election”), and Democrazy comments on the country’s cycle of military violence (“Nowhere to hide, no way to run / Not your first time to see the dictator”).

The animated promo video for Democrazy features the folding chair and hanging corpse from Neal Ulevich’s famous photograph of the 6th October 1976 massacre. (The video’s director is credited only by his nickname, Jung.) The song’s Democrazy pun echoes the name of Bangkok’s Democrazy Theatre Studio and the titles of the short films Democrazy.mov (by Thunsita Yanuprom and Sarun Channiam) and Demockrazy (by Duangporn Pakavirojkul).

Dogwhine are part of a wave of musicians using protest songs to comment on contemporary Thai politics. Rap Against Dictatorship’s anthemic My Country Has (ประเทศกูมี) is the most prominent example, though others include The Commoner’s EP สามัญชน (‘commoner’), P9d’s single Section 44, and the จะ4ปีแล้วนะ (‘four years already’) and BNK44 concerts.