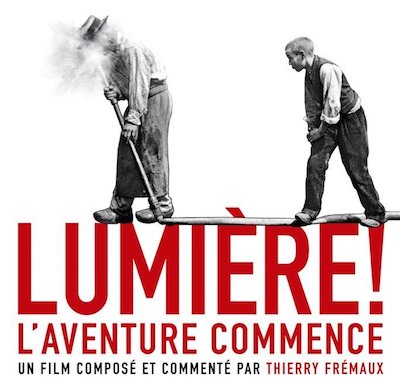 Lumière!, a compilation of 114 meticulously restored short films by the Lumière brothers, will be shown at Alliance Française in Bangkok on 3rd, 13th, and 17th February. The film, subtitled L'aventure commence, was given an international theatrical release in 2017, though it has been available on DVD and blu-ray in France since 2015.

Lumière!, narrated by Thierry Frémaux, is similar to the earlier documentary The Lumière Brothers' First Films, a compilation of eighty-five Lumière films narrated by Bertrand Tavernier. In both of the compilations, the Lumières' films are arranged thematically rather than chronologically. (Frémaux edited both documentaries. He and Tavernier jointly run the Institut Lumière in Lyon.)
Categories: film screenings, Thailand
continued...