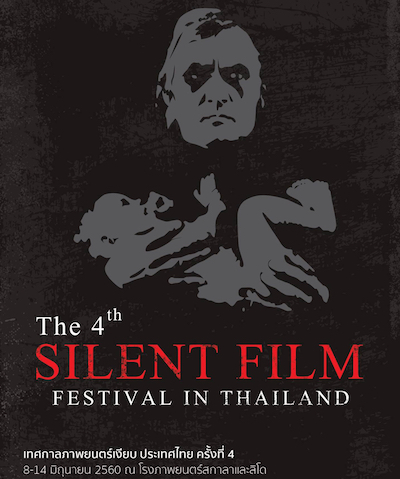 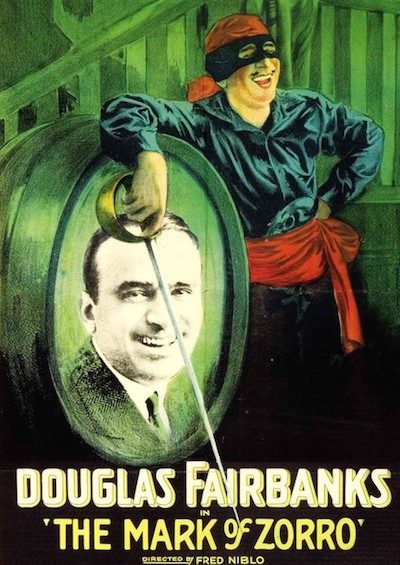 The 4th Silent Film Festival In Thailand will take place in Bangkok next month. As in previous years (2014, 2015, and 2016), the Festival will feature a week of screenings at the Lido and Scala cinemas. The highlight of this year's Festival is The Mark Of Zorro, which will be screened at Lido on 9th and 11th June, with live musical accompaniment by acclaimed composer Neil Brand.

The Mark Of Zorro was directed by Fred Niblo, who also made the silent version of Ben-Hur. Starring Douglas Fairbanks, Zorro was one of the first adventure films featuring a swashbuckling hero. Fairbanks would play several similar characters in subsequent films throughout the 1920s (including Robin Hood, The Three Musketeers, The Thief Of Bagdad, and The Black Pirate), influencing Errol Flynn's performances in adventure films of the 1930s (Captain Blood and The Adventures Of Robin Hood).

The Festival opens on 8th June and closes on 14th June. The will be a photographic exhibition at Scala, Light & Shadow: Films Of The Weimar Republic, for the duration of the Festival.