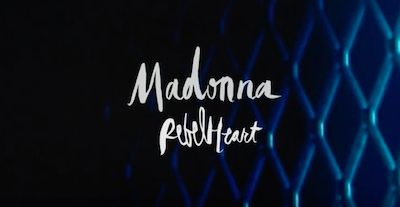 Unapologetic Bitch included a montage of the special guests who appeared at each venue, though the entire film felt like a mosaic of shots from different concerts: footage of Madonna wearing different costumes was intercut without continuity. The end credits featured brief backstage footage (and Madonna performing If I Had A Hammer).
Categories: Madonna, media
continued...