The World History Of Animation 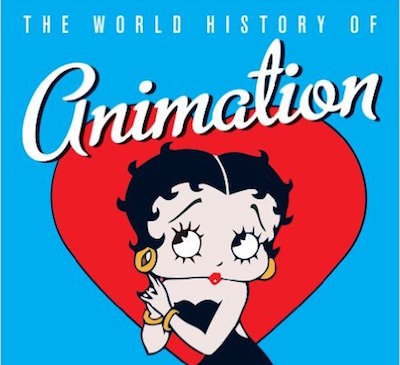 The World History Of Animation, by Stephen Cavalier, is a chronological history of film and television animation, divided into five eras: "The Origins of Animation" (the pre-history of cinema), "The Era of Experimentation" (silent animated films), the "Golden Age of Cartoons" (including the Disney classics), "The Television Age", and "The Digital Dawn" (CGI and Pixar).

The book begins by summarising the histories of the animation industries of four world regions: North America, Western Europe, Eastern Europe, and Asia. Each region has a timeline and a few pages of narrative history. Four other world regions - Scandinavia, Australasia, Latin America, and Africa - are given timelines only.

The rest of the book consists of reviews of significant animated films and television series, many of which are accompanied by colour illustrations. (Most of the images are frame-enlargements, though a few - such as Filmstudie and Mothlight - are photographs of actual celluloid film strips.) There are also profiles of notable animators and studios.

The author notes that "Although it is impossible for any book to be an exhaustive survey of the entire industry, I have tried to include examples from as many different genres and styles as possible." The book's entries are certainly wide-ranging: its definition of 'animation' encompasses not only cartoons but also photographic experiments, art films, and movie special effects.

The greatest book on animation is Giannalberto Bendazzi's Cartoons: 100 Years Of Cinema Animation (1994). Cavalier's book, with its brief coverage of African and Latin American cartoons, is more international than most animation histories, though Bendazzi's Cartoons is the only truly global study. However, Cavalier's book is useful as it's more up-to-date than Bendazzi's, and it includes more illustrations. (Bendazzi's three-volume Animation: A World History, the definitive history of the subject, will be published later this year.)

The World Encyclopedia Of Cartoons (1980), edited by Maurice Horn, contains biographies of hundreds of animators from around the world. The Anime Encyclopedia and Anime: A History provide the best coverage of Japanese animation. Moving Animation is a history of computer animation.
Categories: book reviews
continued...