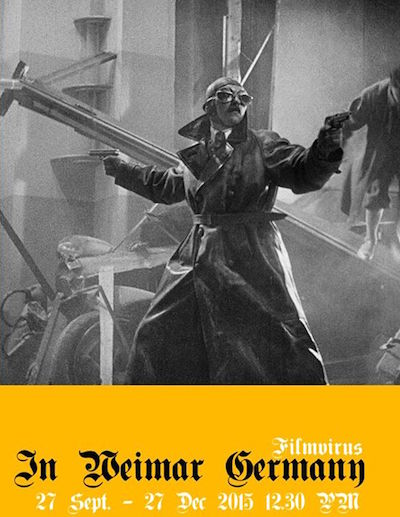 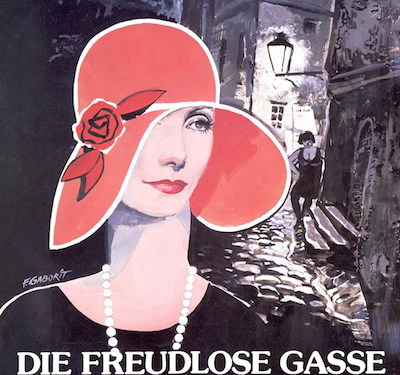 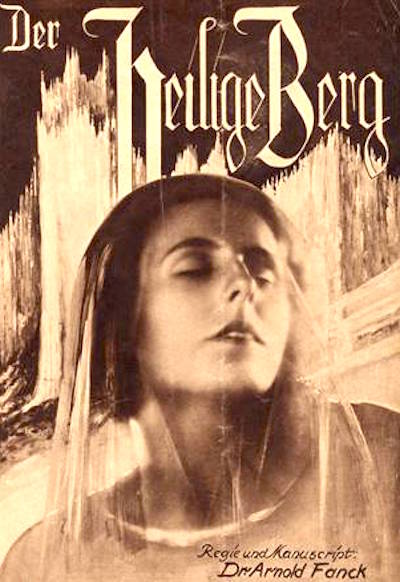 This weekend, the Filmvirus group will begin an extensive season of German silent films from the Weimar era. Filmvirus In Weimar Germany opens on 27th September and runs until 27th December, at the Pridi Banomyong Library at Thammasat University's Tha Prachan campus in Bangkok.

GW Pabst's The Joyless Street (1925) will be shown on 15th November. Pabst's film, starring Greta Garbo, was one of the first cinematic examples of Neue Sachlichkeit ('New Objectivity'), a movement which also influenced German painting and photography in the 1920s, favouring realism over Expressionism. The Joyless Street is also the most famous of the Strassenfilme ('street films') depicting poverty-stricken life on the city streets.

Arnold Fanck's The Holy Mountain (1926) is being shown on 29th November. This is one of a series of Bergefilme ('mountain films'), a genre pioneered by Fanck, and it stars Leni Riefenstahl, who would later become notorious as the director of Triumph Of The Will.
Categories: film screenings, Thailand
continued...