"We are badly in need
of a mad computer expert..." 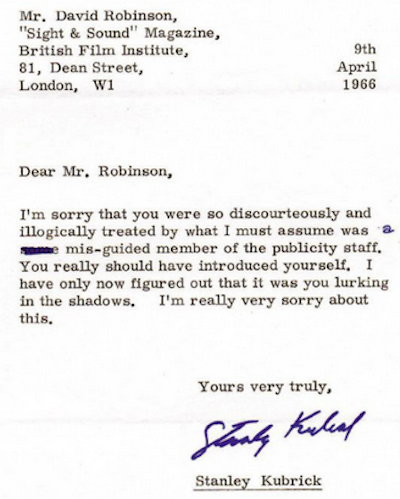 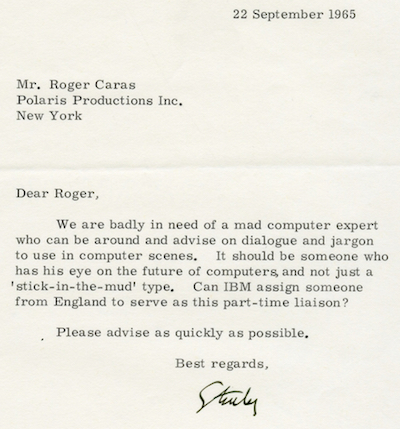 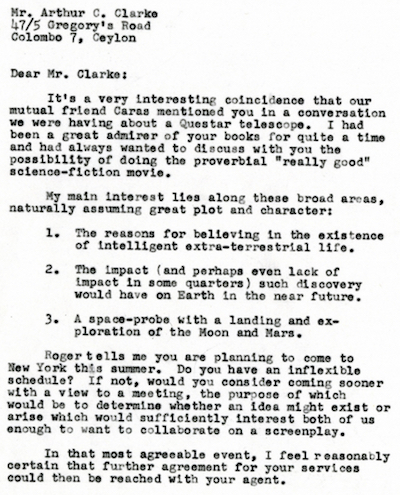 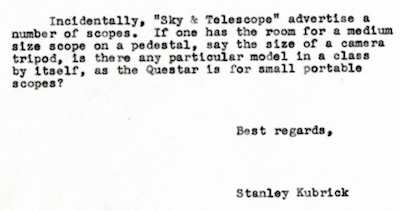 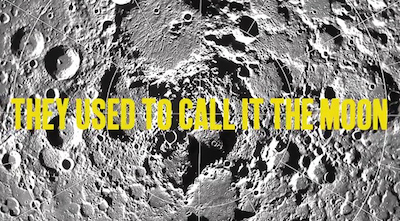 Recently, the British Film Institute has published three letters written by Stanley Kubrick during the pre-production of 2001: A Space Odyssey. The current issue of the BFI's Sight & Sound magazine includes a letter from Kubrick to David Robinson dated 9th April 1966. This week, the BFI posted two Kubrick letters on its website, both from the Kubrick Archive: one to Roger Caras dated 22nd September 1965, and one to Arthur C Clarke dated 31 March 1964.

Extracts from the Clarke letter ("the proverbial "really good" science-fiction movie") have been quoted extensively, and a draft of the letter is currently included in the exhibition They Used To Call It The Moon at the Baltic Centre for Contemporary Art in Gateshead, UK. The exhibition opened on 31st October, and will close on 15th January 2015. (A 1975 letter from Kubrick to cinema projectionists was previously published online; I have a circa 1978 Kubrick Christmas card.)
Categories: art exhibitions, media, Stanley Kubrick
continued...