A History Of Film Music 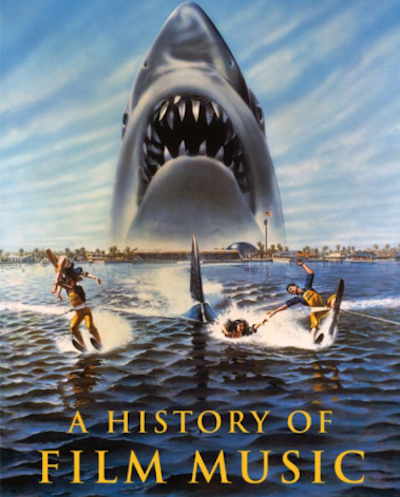 A History Of Film Music, by Mervyn Cooke, is a comprehensive history of film scores and soundtracks. Unlike previous works on the subject, the book's scope extends beyond Hollywood and also covers film music from France, the UK, the Soviet Union, Italy, Japan, and India.

Cooke discusses the use of music to accompany silent films, the transition to sound film, and the subsequent development of the Hollywood musical. He also profiles the major film composers, and highlights the stylistic trends in the evolution of film soundtracks, such as the Wagnerian leitmotif, the epic score, and the appropriation of jazz, pop, and classical music.

Cooke writes that Max Steiner's score for King Kong, rather than his work on Gone With The Wind, is "universally acknowledged as his most important achievement, one that almost single-handedly marked the coming-of-age of non-diagetic film music". Similarly, he notes that Bernard Herrmann's Psycho score is "universally acknowledged to be one of the most original and influential in cinema history". (Surprisingly, Herrmann's cameo in The Man Who Knew Too Much is not mentioned.) John Williams, whose scores include Jaws and Star Wars, is cited as the primary exponent of "the new symphonism", the contemporary revival of the traditional symphonic score.

Stanley Kubrick is singled out as as the director who "engaged most thoroughly and influentially with classical music". Most famously, Strauss's Also Sprach Zarathrustra became "inextricably associated with outer space in the popular imagination" after Kubrick used it in 2001: A Space Odyssey. In an uncharacteristic digression, Cooke dismisses Eyes Wide Shut as a "dreary sex melodrama that quickly collapses under the weight of its own pretensions". (He overlooks Eyes Wide Shut's subversion of Kubrick's penchant for classical compositions, when an apparently non-diagetic Shostakovich waltz is interrupted by switching off a diagetic hi-fi.)

The book's subheadings contain some unfortunate neologisms, such as "postlude" (the opposite of 'prelude') and "glocal" (a combination of 'global' and 'local'); and the odd choice of cover photo (Jaws 3D) was presumably a compromise because the publisher couldn't get the rights to the original Jaws. But with full coverage of Hollywood films, and a uniquely international scope, A History Of Film Music is the history of film music.
Categories: book reviews, Stanley Kubrick
continued...