The Fairest One Of All 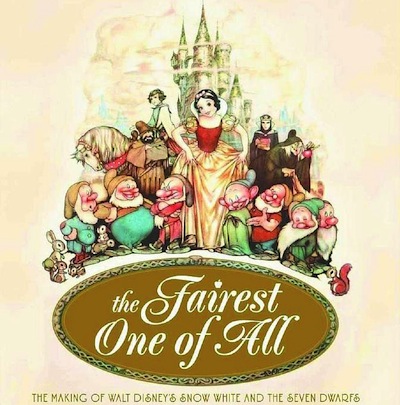 The Fairest One Of All: The Making Of Walt Disney's Snow White & The Seven Dwarfs, by JB Kaufman, is a comprehensive account of the production of Snow White, which remains the quintessential Disney animated feature. The book was published by the Walt Disney Family Foundation, which is significant for two reasons: their imprimatur granted Kaufman full access to the Disney archives, though the Foundation is not affiliated with the Disney corporation, so the book is not a product of the 'magical world of Disney' self-mythologising publicity machine.

While not as hagiographic as expected, Kaufman still lavishes praise on the film (comparing it to Intolerance and Citizen Kane) and dismisses criticism of it. After quoting a negative review, for example, he notes that the critic "of course, was not an artist himself, nor did he have the luxury of screening the film repeatedly and studying the animation in detail, as we can do today".

Overall, though, this is a scholarly study of Snow White, not merely a studio puff piece, and Kaufman is careful not to perpetuate the myths associated with the film. He acknowledges, for instance, that "there had been other animated features before this one", and includes two stills from The Adventures Of Prince Achmed.

The book features hundreds of large and full-page colour illustrations of production sketches and other concept art. (Many of these also featured in an exhibition - Snow White & The Seven Dwarfs: The Creation Of A Classic - and its catalogue, also by Kaufman.) The illustrations are accompanied by an extensive history of the film's production, with surprisingly detailed footnotes and appendices.
Categories: book reviews
continued...