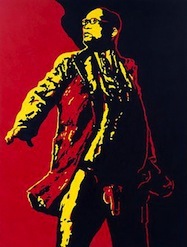 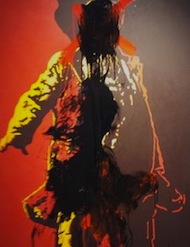 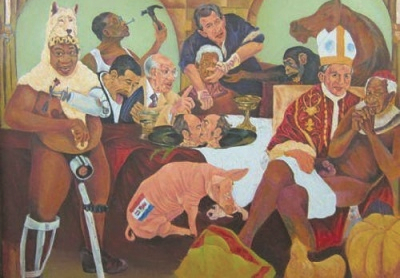 The South African government, the ANC, has insisted on the removal of a portrait of President Zuma from the Goodman Gallery in Johannesburg. The painting, The Spear by Brett Murray, depicts Zuma exposing his genitals, and is based on an iconic propaganda portrait of Lenin; it was due to be exhibited until 16th June, as part of the Hail To The Thief II exhibition.

The painting was also reproduced by the Sunday newspaper City Press, on 13th May. It was vandalised today, when two gallery visitors daubed paint onto it (as shown on eNews Channel). Zuma has been caricatured before, by the cartoonist Zapiro.