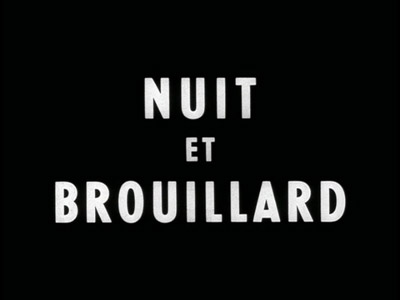 The Holocaust documentary Nuit & Brouillard was directed by Alain Resnais, better known for his oblique French New Wave classics Hiroshima Mon Amour and Last Year At Marienbad. With a poetic narration, it intercuts contemporary footage of the concentration camp at Auschwitz with archive footage of dying and dead Holocaust victims.

Scenes of bodies bulldozed into mass graves shocked audiences even ten years after the atrocities took place, though arguably even more disturbing are the mountains of hair and personal effects removed from the millions of victims. Holocaust footage had previously been included in the drama The Stranger, and of course Schindler's List remains the most famous Holocaust film, though neither can convey the horror of the Holocaust as Nuit & Brouillard does.
Categories: film reviews
continued...