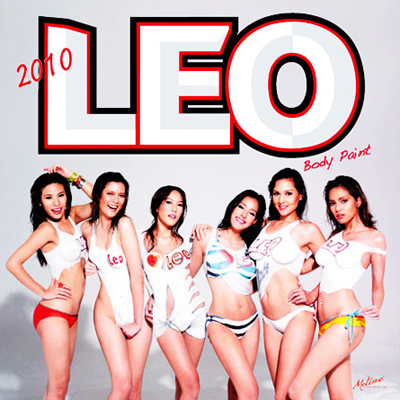 According to the Thai Ministry of Public Health, charges may be brought against Boon Rawd after it distributed a Leo Body Paint 2010 calendar featuring models painted with the Leo logo. Leo is a beer brand brewed by Boon Rawd, and the Ministry claims that the brewery is using the calendar to promote alcohol in contravention of last year's Alcoholic Beverage Control Act.

This is not the first time a risqué calendar has been banned in Thailand. Five nudie calendars were banned in 1968, and another in 1970.