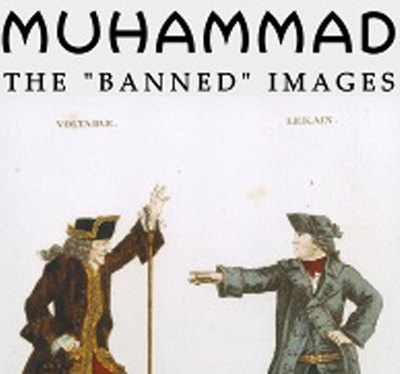 Gary Hull's book Muhammad: The 'Banned' Images includes reproductions of the controversial Jyllands-Posten Mohammed caricatures and a selection of historical Mohammed images including The Remaining Signs Of Past Centuries (censored from a French textbook). Its cover is a rather bland depiction of an actor portraying Mohammed.

Hull describes his (self-published?) book as a "supplement" and "errata" to Jytte Klausen's book The Cartoons That Shook The World, as Hull includes Mohammed caricatures which were removed by Klausen's publisher. However, Klausen has not endorsed Hull's publication, and the two books have no official connection. The books Blasphemy and L'Affaire Des Caricatures provide more insightful coverage of the debate surrounding images of Mohammed.
Categories: blasphemy, book reviews, censorship
continued...