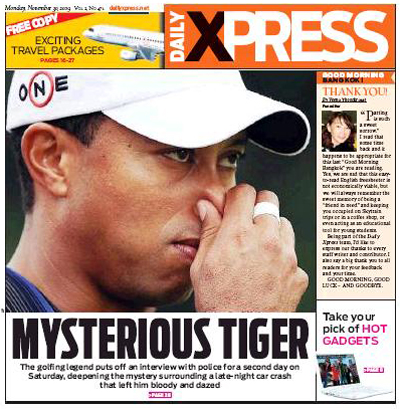 The Nation newspaper relaunched itself today, dropping the business slogan it adopted in 2008. This puts it back in direct competition with its (slightly better) rival, the Bangkok Post.

This "minor revamp", as the newspaper described it yesterday, includes the termination of the Daily Xpress. In a letter to readers yesterday, the Xpress's editor wrote: "This is the last issue of Daily Xpress", and signed off with "SEE YA". The Xpress was launched in 2008; subsequently, its pagination shrank and its original content declined, and its design was never modified or updated.
Categories: media, Thailand
continued...