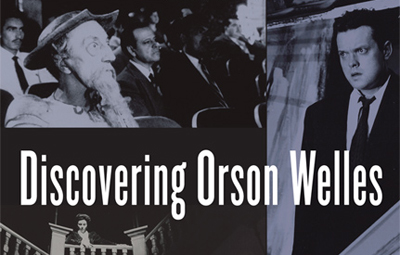 Discovering Orson Welles is a compilation of articles about Welles by Jonathan Rosenbaum. There are a few essays and film criticism pieces, though many articles are less substantial: book reviews, notes, and other ephemera. In fact, what's most interesting here are not Rosenbaum's comments on Welles but rather his comments on other Welles books. He also presents a useful survey of the various versions of every Welles film, and discusses his contribution to the restoration of Touch Of Evil.

Rosenbaum's annotations are too "autobiographical in nature", and he tends to "spin out" his single meeting with Welles - both of which he acknowledges in his introduction. Despite this, however, Rosenbaum is the ideal Welles scholar, more objective and meticulous than acolytes such as Barbara Leaming or Peter Bogdanovich. Also, his criticisms of both Pauline Kael and David Thomson are very welcome.
Categories: book reviews, Orson Welles
continued...