War Of The Worlds 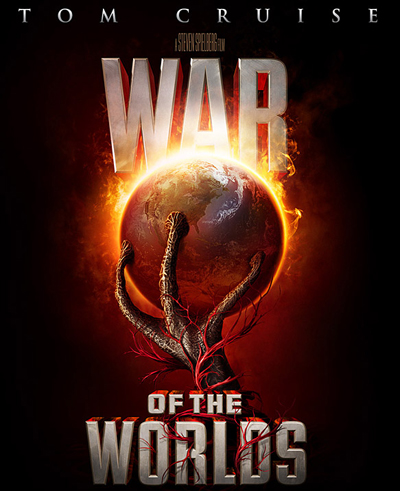 War Of The Worlds (a remake of the 1950s classic The War Of The Worlds) is a major disappointment. Its director (Steven Spielberg) and leading actor (Tom Cruise) are arguably the two most successful men in Hollywood, and their previous collaboration, Minority Report, was a sophisticated sci-fi thriller, though War Of The Worlds pales in comparison.

Tom Cruise gives his standard Cruise smirk and nothing more, so his character has no real development. Dakota Fanning, playing Cruise's daughter, spends the entire film screaming, in a hugely irritating performance. The plot, which is sometimes borderline illogical, sets up several possibilities that are later simply dropped. The feel-good ending is implausible.

The original version is one of the greatest science-fiction films of the 1950s, and one of only a handful of films featuring a full-scale alien invasion. (Others include Earth Vs The Flying Saucers, Independence Day, and the parodic Mars Attacks.) It is also, however, an overtly Christian film, with a quasi-Biblical narration.

Surprisingly, this religious aspect has been retained in Spielberg's remake. Spielberg's film, a blockbuster 'event movie', was released around the world, yet he still included references to "God's creatures" in the narration, turning American cultural imperialism into proselytism.
Categories: film reviews
continued...