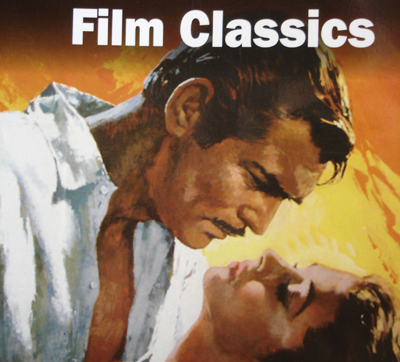 Film Classics is a film studies primer published by SparkNotes (like CliffsNotes, but not as good). The book discusses twenty classic films, and begins by explaining the criteria for inclusion: technical achievement, influence, universal appeal, zeitgeist, and genre. There is also a "Shortlist of Great Directors", which lists ten significant filmmakers (or eleven, because Jean-Luc Godard and François Truffaut are listed together). Ingmar Bergman and Sergei Eisenstein, to name but two, are conspicuous by their absence.

Each film is given around thirty pages of analysis, though the list of films is far too limited: there are only two foreign-language films, and only one silent film. Because Star Wars, The Matrix, The Godfather, and The Lord Of The Rings are all included as trilogies, there are twenty-eight films in the list, rather than twenty. (There are four films by Francis Coppola, yet none by Akira Kurosawa, Fritz Lang, Howard Hawks, Jean Renoir, or Kenji Mizoguchi - a slight imbalance?)

The classic films are as follows, in chronological order:It's difficult to know who would benefit from this book. It's aimed at film students, but it's totally unacademic. There is no bibliography, the analyses of each film are all uncited and anonymous, and there are no references to film theory of any kind. General readers, though, would surely find it too dry, with its character analyses and interpretations of themes, motifs, and symbols.
Categories: book reviews, film lists
continued...